Recently a blogger friend and I visited the Lotte New York Palace hotel to take holiday photos with the iconic Christmas tree, inspired by Serena Van Der Woodsen in Gossip Girl. We dressed for the occasion (I in a sequin midi skirt and pink faux fur jacket and her in a chic red beret with a scarf, black tights and red mary jane shoes, total Blair Waldorf vibes!).

After a magical opportunity to shoot with the iconic Palace Christmas tree to ourselves (you heard that right, it was totally by chance because they were closing it off for a private event but let us sneak in for a few pics), we went inside for a few more pictures. On our way out, a kind older gentleman called out, “hey, it’s Serena and Blair!”. We got to talking with him, no idea the surprise tour we were about to be in for.

The man is named Maurice Legere, and he has been a security officer at The Palace for the last 21 years. He told us he was present for many of the filmings, got to meet the actors and generally knows a lot about the behind the scenes. While we know that oftentimes many movie scenes are actually just a Hollywood set meant to look like it’s in a different city, many of the iconic Gossip GIrl scenes were actually filmed at the Palace Hotel. He asked us if we wanted to see a few of them, and as devote GG fans we of course squealed and said YES!!

First he pointed up to the gold balcony, where Serena stood waiting for Dan looking down to find him when they went on her first date (the one where she wore the gold dress, OMG I KNOW!). Then, he took us up the staircase pointing out the Grand Ballroom where Serena and Blair’s cotillion took place. Gorgeous! Next we went up the stairs to the left to see the Gold Room, which is where Serena and Blair decided not to be friends in the first episode. We passed the bar where Serena enjoys many an underage cocktail, which has since been renovated, however you can still imagine the magic of the scenes.

He then pointed out the kitchen where Serena sat on the counter while Chuck had the chefs make her a truffle grilled cheese. This was one of my favorite scenes! How cool to have those connections, and before I realized how normal a truffle grilled cheese is, I used to think it was so fancy! Next we found a marble staircase where Nate found out about his father doing drugs. Maurice motioned for us to stand on the stairs as the natural light allows for a great photo background.

If this wasn’t already cool enough, he then took us up an elevator where we saw Bart Bass’ office. The dark wood and intricate details looked exactly the same. I could even picture where his desk was in the corner and remember the scenes.

I wish I took more pictures, but it all happened so fast and we weren’t expecting it! If you are ever visiting the palace, I would recommend looking for Maurice. You can tell he genuinely enjoys seeing fans faces light up and their excitement. 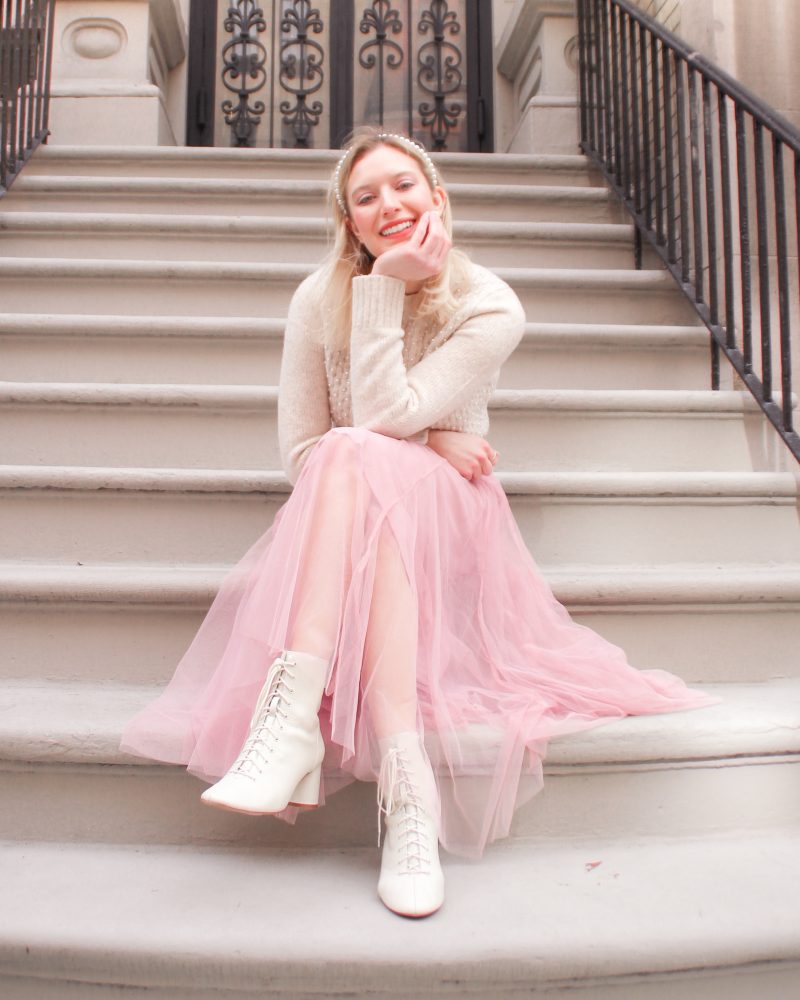